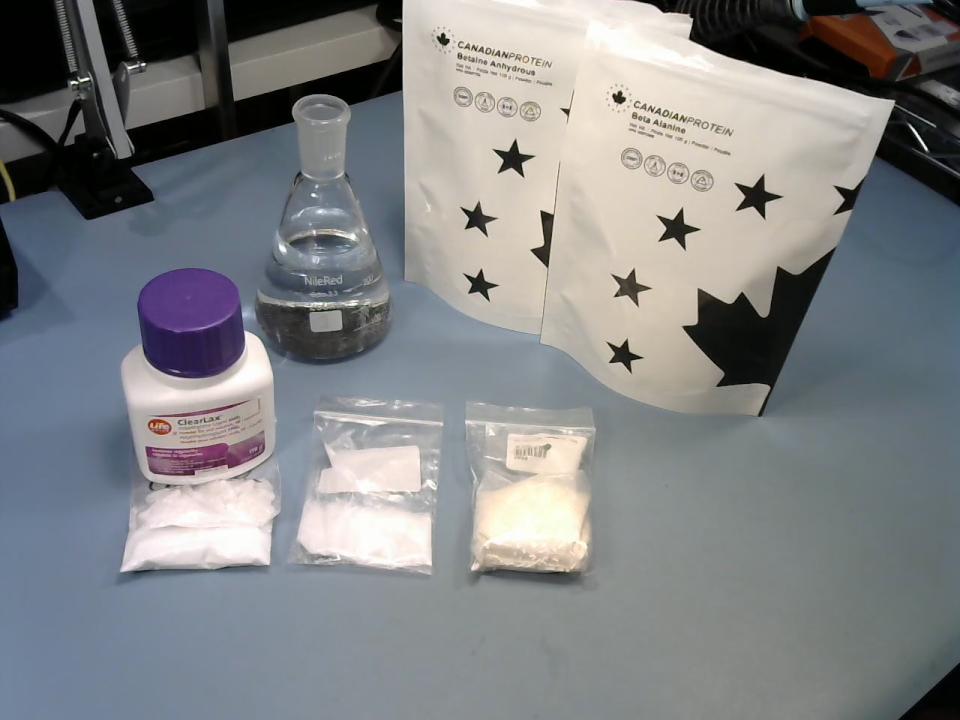 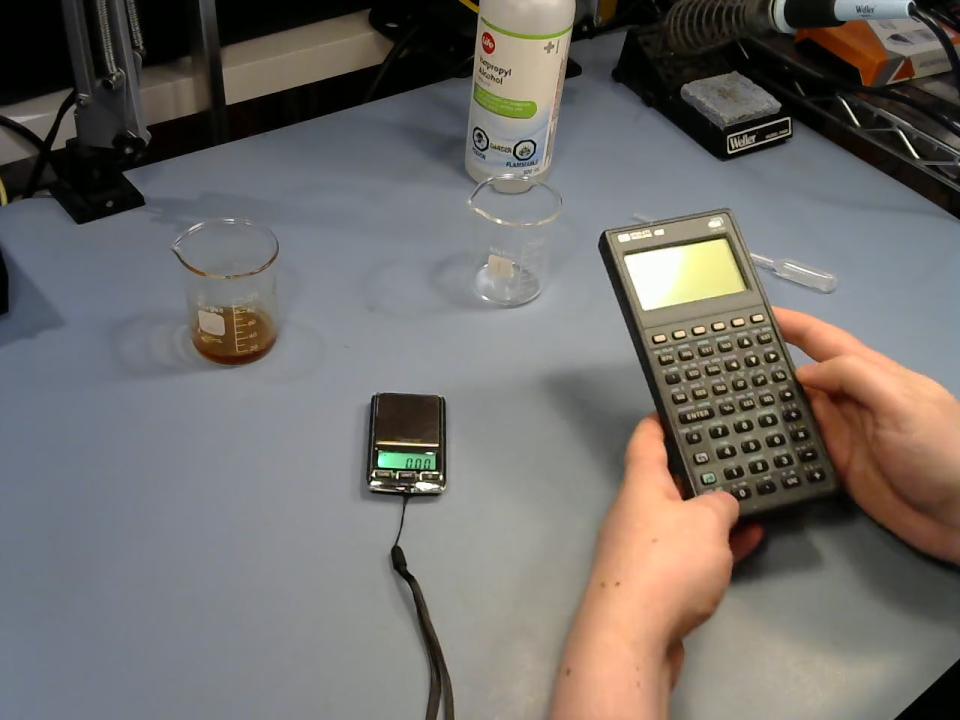 This is part of my ongoing series on DIY solder flux formulation. Polyethylene glycol or PEG is a water-soluble plastic resin that's useful in solder fluxes. It comes in different grades referred to by numbers, which describe the average molecular weight in the mixture, and PEG 3350 is about right for my DIY no-clean flux formulations. It's also useful as a laxative, and commonly sold in drugstores for that purpose.

Where I live it's easy to obtain pure PEG 3350, but I think in some places it may only be available as part of a "PEG 3350 with electrolytes" laxative product, often under the brand name Colyte. The "electrolytes" include things like chloride, which would cause problems if used in a flux formulation. So in this video, I'm purifying (a simulated version of) Colyte to recover the PEG 3350 alone.

The general outline is to dissolve the PEG 3350 in a solvent that will dissolve it and not the electrolytes, then filter it and remove the solvent. Finding such a solvent is not easy because the only solvent that works really well on PEG 3350 is water, and water also dissolves "electrolytes." In the video, I use hot dry isopropyl alcohol - which basically means melting the PEG and mixing it with alcohol, as much as really dissolving it.

The process is somewhat experimental and you can see some of my trial and error in the video. The procedure I'd now recommend, skipping some of the mistakes made in the run shown in the video, would run as follows: